I am the luckiest, blessed gal in the world. . !

First, on my day in last Friday I got to meet MOOSIE!!! Yes, Gia lent me her slave to torture and play with. . and it was wonderf 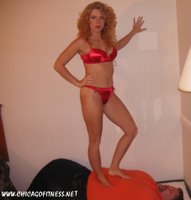 ul, we made a video together where I got to butt drop, jump on, trample, face stand, face sit, and force him to worship my feet!! And there is no experience like the MOOSIE experience.. I crave jumping on people now. .YIKES!!!
He also made a clip for my new site. . which is about to launch. . . ! So many great things going on, who has time?


I went to a haunted house in Niles Michigan friday night that was awesome. . they say you have to go through the house 8 times just to see everything, and I cannot tell you how many times I got scared. . but it did not compare to riding the superman at Great America on Saturday. . I thought I was goign to die. . . and I felt that way on two other rollercoasters that day too. . LOL. . it was so bad that people were makign fun of the pictures of me riding on the roller coasters, they were like "She looks so scared" and I was. . . LOL

On Sunday I was lucky enough to have a private wrestling match with a gal from Kansas. . 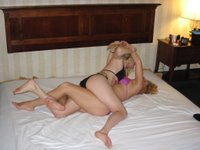 I went in to train in Michigan on both Monday and Wednesday, with my first professional MMA match coming up I want to be as prepared as I can be. . . so I took the long drive back and worked my butt off. . . and in between everythign, watch my Tigers play baseball. . sometimes well. . . and well. . . sometimes not so well. . 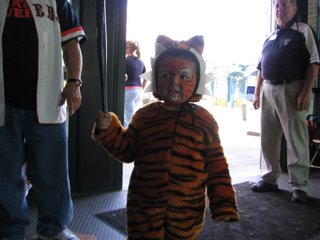 Then, on Thursday I made it into downtown Chicago to meet, in person, Robin for the very first time! She is even better than her pictures and just a very genuine personality. . . I will probably head out to her place after the first of the year to film and things. . . what a great lady! Also on Thursday, Nikki Fierce and I made videos together and then later that night went out to Exit Chicago. . . I didn't get to bed until 4 am! 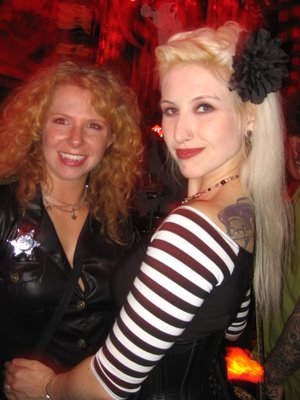 I am not sure if I lost all of my old blog, but it was changed or stolen or updated or somethign by that site. . so in order to clebrate my new blog, I thought I would re-post one of my old blogs from this last summer first. . . I think it is from June. .. .


I flew through Chicago at the beginning of the month. . .I got to see many of my friends, including Gia Primo as she helped me administer a severe beating to Bigmouth Brad. . and then to watch the Tigers beat the White Sox!!! Wow. . I have been a Tigers Fan my whole life with little to nothing to root for, and this year they are doing it, they are winning!!!! I am a White Sox fan as I am in Chicago so often. . but how can I not root for my home team? They lost the series overall, and so I lost a bet to VTM, he is going to give me my chops next week when I see him. . . ! But I will take them like a woman. . . LOL

I ran from Chicago to Port Huron, Michigan where I had a match scheduled with Jaime D. . she is a big girl (as in muscular, tall and tough as hell) for Blue Water Championship Wrestling. . Big Poppa Pump was there that night, and it was really cool to work the same show as he was. . I have been a fan of his since his WCW days. . and here I was standing next to him, sharing a “locker room” with him. . . . yikes. . after I took a severe beating from Jaime D and lost my match, we all headed out to Legendez Bar for an after party they were having. . . It was pretty cool, they had a section of the bar roped off just for us as a VIP section (wow, I am a VIP even though I got my butt whooped!) I got my first round of drinks on the house and *blush* a couple sweet boys bought me flowers. LOL. . I was hanging out mostly with Xavier Justice that night. . he is a very nice boy who just won a title from Chris Sabin that night. .I ended up dancing in a cage. . . um. . upside down. . lol. . and then I knew it was time to go home when I took my shirt off to have big poppa pump autograph my breast. . . oh yeah, time to go (thanks Andy for the idea!!!) But Big Poppa did say that I have a great ass. . . LOL

Monday was supposed to be a decided court thing. . not an easy day for me. . and the Judge didn’t like my papers. . so he re-scheduled me for the next Monday, I didn’t have any details for san Fran put together yet to go train with Helen Von Mott, so I just had to cancel the trip. . . I drank lots of pink champagne that day. . got pretty drunk and watched the Tigers game. . .
I flaked out on my photographer Ed the next day. . . which I should not do . . these artist types are so moody! LOL. . But I got drink and went to the Tigers game that night!!! It was a blast, I had never been to the new Comerica Park! It has everything. . I had a fantastic time, and the next night, I went back. . . LOL. . and helped a buddy by taking all his furniture from him for my new place. . he is moving to Vegas and needed someone to come take it off his hand. . . I didn’t get home until 5 am. . and I was meeting with a lawyer at 10. . . LOL. . I must have looked rough

But now we are to the incredible Thursday when Bigmouth Brad and Scarlet came over to my new wrestling room set-up to make videos and do some good old fashioned wrestling, including some oil wrestling, it was an absolute blast!

I spent the day in Ann Arbor Friday, enjoying the beginning of their version of Summerfest. . watching baseball with great company and getting schooled a air hockey down at pinball pete’s. . . LOL. . it was just a perfect day.
Saturday was spent at the beach, grilling dogs and swimming. . getting a little sun and relaxation!

Father’s Day, Sunday I had gotten contacted somewhat last minute from a Wrestling Promotion in Cambridge Ontario about working a show for them, and since I was suddenly available. . . well, I was on my way. . the show was almost all women’s matches!! It was so awesome, I meet 21st Century Fox, Misty Haven, and Cherry Bomb. I fought against Deanna Conda, who is another much bigger girl. . who went ahead and beat the crap out of me. . I took her boots to the face and got a fat lip. . .and I loved it, what a great promotion and really great people!
http://www.purewrestling.cjb.net/

Anyway, now I am just looking forward to MMA camp with Dan Severn tomorrow night, a good foot rub in the morning, video shoots with Mia on Saturday, and then. . . . FADED GLORY!!! POG’s biggest show of the year!!! Sharkboy will be there and Dan Severn and Jimmy Jacobs. . and I am involved in an Intergender Tag match to finish off the Dallas Rose/AC Suede team. . . !!!!!

Hope your summer is good. . . so far LOL, mine is just warming up. . I went running yesterday for the first time since my inury. . and when I woke up this morning my foot felt like a foot!
Time heals all wounds. . . .
Kisses from Sybil
Posted by Sybilstarr at 2:15 PM No comments: