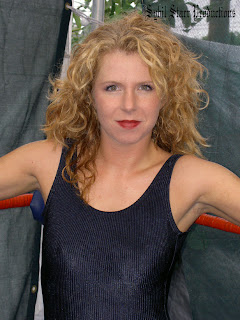 ALL VIDEOS on Sale!!!
http://www.sybilstarr.com/video_store.htm
If you live in the USA I have a deal for you!
Currently, the whole stock of Sybil Starr Production DVD's are on sale. . for $10 a piece (+s&h of $7)!!!!
That's right, all 55 videos are on sale! From Beatdowns to Mixed Competitive! From Female Competitive wrestling, to sexy semi-comp in stockings! Buy the whole belly punching series! The Stalker Tortures!!!!! It is all on sale. . . from Session reality Videos with Sunfire and Lia Labowe to Leg domination! Queens of Tights! The Kissing Game! Oil wrestling! Pro-Style Wrestling! Tag Teams and Catburgulars! BOXING!
http://www.sybilstarr.com/video_store.htm
It is all available to you! and every video on sale at $10 a piece. . . .please e-mail me directly to get these savings. . . sybil.starr@gmail.com

I have released the preview clip for download at my clips4sale store for "Hotel Ninja!"
The microfilm has been entrusted to a secret agent who is hiding out in a Chicago Hotel. He will discover for himself that he is not safe from Sybil "Hotel Ninja"! She attacks him before he can even react and takes him out with chops, kicks, flips, smothers and scissors! :
http://www.sybilstarr.com/theater/theater-main.htm
http://www.clips4sale.com/store/2066

Also, I have been offered a role in a horror film on Sunday night. . I need a girl to foxy box with me!!! Who's in? It is being filmed just outside of Detroit Sunday night and I need a partner who is sexy and will box a bit for a foxy boxing scene that ends in the loser being eaten!!!!! Please contact me soon! Sybil.starr@gmail.com!

Also, check out the Sybil Starr Virtual Kissing Booth. . for a small to large donation you are given access to a secret yahoo group with lots of private content you can't find anywhere else! Come get you kisses and scissors! http://www.sybilstarr.com/kissing_booth.htm
New Session review:
Match Review with the Older Sybil
by Marc
I wrestled Sybil today, one of the first matches since she aged that extra year and also went through the grueling MMA camp. In my opinion, she looks more beautiful this birthday year than she did a year ago, something I probably should have told her before our match.
First personal lesson: don't kid Sybil about giving her a birthday spanking or physically attempt to provide her spanking. Before you know it she will have your arms in a hammerhead lock and begin to provide a great number of MMA strikes on your own ass that far exceed her age. I did spank Sybil 6 times, so the brave can provide the remainder.
I've wrestled Sybil many times and I never recall seeing her so fierce and with as much confidence. My skills and endurance were much improved this time, but Sybil came back with significantly more firepower moves and holds, some of which were completely new. She easily defeated me in every fall. There were a few close instances,where I had her in a headlock and didn't apply enough pressure to get a submission or had her locked on her back but couldn't get to asubmission hold. In the latter, she just waited like a tiger stalking her prey. Her eyes were actually closed for concentration, although I thought she was fainting from my strong masculine grip--right?. She was patiently waiting a couple of minutes for a subtle weight shift cue from me to take advantage of…and when she found it, she came after me with incredible speed and force. I didn't tell her but I was truly frightened when she came after me after breaking my hold…I could see in her eyes that she was very angry at me for placing her in the hold for so long while verbally teasing her about how she was going to submit to me…my defenses were weak and within seconds, she wore me down with an arm bar, followed by a breast smother and culminating in a head scissors and my loud begging to be released.
By the way, she required me to recite a precise sentence of how "Sybil is the better wrestler and I submit to Sybil" before she would release me. She reheard those words from me 7 or 8 times during the course of our 1 hour session.
Since she defeated me, she told me I had to do 20 push-ups with her on my back. I was shocked to discover that I couldn't do even one push up with Sybil not on my back. My arm muscles were completely fatigued from this match.I can't ever remember getting my ass kicked so badly by any girl, le talone one as cute as Sybil...If ours had been a real MMA match withher actually punching/kicking me, I estimate I would last an embarrassing minute at most before I either submitted or was knocked out. I've got about a 50-lb. 7-inch height advantage on Sybil but she definitely trumps me on skill and endurance and with that I'm certain that she will continue to defeat me (unless I can introduce Barbie to the ref, but that's a whole other story).
And finally!
On my way back to Chicago next week, October 22nd-27th, and discounts for sessions are available. .
Lots of more news soon!!!!!
Kisses and Scissors,
Sybil
Posted by Sybilstarr at 10:09 AM